What Is the 4% Rule for Withdrawals in Retirement? Retirement is a phase wherein individuals need to carefully consider their financial situation and ensure they have saved enough money to sustain their standard of living post-retirement. This may involve making informed decisions about withdrawals from their retirement savings. One of the most common questions that retirees face is how much they can safely withdraw from their retirement savings each year without running out of money. This is where the 4% withdrawal rule comes into the picture.

As per the 4% retirement rule, retirees withdraw 4% of their income during their first year of retirement. The withdrawals could be adjusted according to the prevailing inflation rate post the first year. But is the retirement percentage rule relevant to you?  Yes, it is if you are nearing retirement or planning for the same. It is advised that you consult with a professional financial advisor who can explain the 4% rule for withdrawals in retirement in detail and ensure you do not withdraw too fast and risk running out of money in the later years of your life.

This article explains the 4% rule for withdrawals, its pros and cons, and its impact on your retirement income.

What is the 4% rule for withdrawals?

The 4% retirement rule is an accepted guideline for determining how much money retirees can safely withdraw from their retirement savings each year. This rule suggests that during the first year of retirement, an individual can withdraw 4% of their total savings and adjust the withdrawal amount for inflation in subsequent years.

While some financial experts believe that a withdrawal rate as low as 3% may be a safer option, others argue that a rate of up to 5% may be acceptable, depending on the retiree’s life expectancy and other factors.

How does the 4% rule for withdrawals work?

The 4% retirement rule is relatively straightforward. Let’s take an example to understand this rule better.

The formula for calculating the adjusted withdrawal amount is as follows:

Plugging in the numbers from our example, we get:

So in the second year of retirement, the retiree can withdraw $20,400. In the third year, they would need to adjust their withdrawal amount again, using the same formula. Thus, by using the 4% rule and adjusting for inflation, retirees can ensure that they are able to maintain their standard of living during retirement while also preserving their savings for the long term.

Who created the 4% rule?

Bill Bengen, a financial advisor in the Southern California region, formulated the 4% rule of withdrawals during retirement. Bengen took the life expectancy of retirees into consideration, and analyzed retirements that lasted for 50 years. He analyzed the market returns from 1926 to 1992 and tried to understand the portfolio’s longevity. For instance, he tried to analyze if an individual who retired in 1926 could sustain his retirement income till 1976 (a 50-year span). He discovered that most portfolios last for 50 years or more if the retiree had a withdrawal rate of 4%. Even in the worst case, the portfolio is expected to last for at least 35 years, making 4% an acceptable withdrawal rate.

What factors need to be accounted for the 4% retirement rule?

While it may appear to be a simple guideline on withdrawals,  several factors need to be accounted for when dealing with the 4% retirement rule. These are:

Bengen conducted a study in which he analyzed the historical performance of different portfolios consisting of different mixes of stocks and bonds. He found that a withdrawal rate of 4% per year, adjusted for inflation, would allow the retiree to sustain their standard of living throughout a retirement lasting 30 years or more, even during times of market downturns. Bengen’s study also found that the portfolio’s longevity depended on the withdrawal rate. When the withdrawal rate was set at 3%, all portfolios lasted for 50 years or more. At a 4% withdrawal rate, most portfolios lasted more than 35 years, and some even crossed the 50-year benchmark. However, at a 5% withdrawal rate, more than 50% of portfolios did not last for 50 years. Bengen also argues that the 4% rule is most effective when the retiree’s portfolio consists of a stock allocation ranging from 50% to 75%.

2. Cut down on expenses by saving on advisor’s fees

As per Bengen’s outcome, the 4% retirement rule may hold better for people who manage their investments without the help of a financial advisor. The 4% typically accounts for the small fee independent investors pay to manage their assets. However, the 4% rule might not be true for people who hire financial advisors, as the fees can be substantial.

3. Take the prevalent rate of inflation into consideration

A 4% withdrawal rate may seem ideal if the market is stable, but it might not be valid if the inflation rate is extremely high or if there is a sharp deflation. For instance, from 1973 to 1974, the prices increased by 22.1%. As a result, retirees had to withdraw significantly to maintain their standard of life. In contrast, there was deflation from 1929 to 1931, when prices dropped 15.8%. The value of the investment portfolios declined during the deflation phase, and though people withdrew lesser amounts, they could still manage their expenses.

When should you use the 4% retirement rule?

The 4% rule assumes that your portfolio consists of 60% stocks and 40% bonds. Also, it may be wise to have a similar spending pattern for all the months in the year under consideration. If both things are valid for your case, you can use the 4% rule.

However, it is important to note that the 4% retirement rule is not a one-size-fits-all solution and may not be appropriate for everyone. Factors that may influence the appropriate withdrawal rate for an individual include the retiree’s life expectancy, expected returns on their investments, and any potential sources of income beyond their retirement savings, such as Social Security or a pension.

It is important for individuals to account for all the above-mentioned factors when concerning retirement income and withdrawal rates.

When should you avoid using the 4% rule?

If you are an individual with unique financial circumstances, the 4% withdrawal rule may not be appropriate. Additionally, if you have a portfolio concentrated on one asset, it may potentially impact the appropriateness of the 4% withdrawal rate. Also, if a retiree expects a fluctuating spending pattern throughout the year, a 4% rate may no longer be valid. Furthermore, the rule could render meaningless if a retiree has other sources of income, higher medicare costs, or low life expectancy.

In all the above-mentioned scenarios, it is better to consult a financial advisor or retirement specialist than rely on the 4% rule. 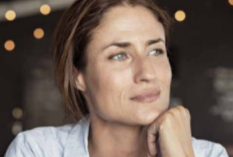 Also see: How Living Longer Will Impact Your Retirement

What are the different pros and cons of the 4% rule?

The pros and cons of the 4% retirement rule are as follows:

The 4% retirement rule is based on the idea that a retiree can withdraw a certain percentage of their retirement savings each year and adjust the withdrawal amount for inflation in subsequent years. While the 4% rule can be a good starting point for retirement and withdrawal planning, it is important for individuals to note that various factors can affect the correctness and utility of the rule. Retirees should take their unique circumstances and goals into account when coming up with a plan for their retirement income and withdrawals.

Use the free advisor match tool to match with experienced financial advisors who can guide you effectively on how much money you can withdraw every year from your retirement fund and live comfortably without affecting the later years of your retired life. Give us basic details about yourself, and the match tool will help connect you with 1-3 professional financial advisors that may be suited to help you.

Free Service | No Obligation to Hire

Your Information is Safe and Secure The blog articles on this website are provided for general educational and informational purposes only, and no content included is intended to be used as financial or legal advice.
A professional financial advisor should be consulted prior to making any investment decisions. Each person's financial situation is unique, and your advisor would be able to provide you with the financial information and advice related to your financial situation.

© 2023 RetirementPlanning.net. All Rights Reserved. All other trademarks and copyrights are the property of their respective holders. This website provides information related to the subjects covered. Before making any financial or legal decisions, a professional should be consulted.